subject : Grant of Ad-hoc Bonus to the State Government Employees and some other categories of Employees  for the year 2020-2021.

The undersigned is directed by order of the Governor to say  that the Governor  is pleased  to decide  that the State Government employees who are not covered by any of the productivity linked Bonus Scheme and whose revised emoluments did not exceed Rs.36,000/- pr month as on 31″ March,  2021 will be entitled  to ad-Doc bonus  for the accounting year 2020-2021 at the rate of Rs.4,500/ per head. The upper eligibility ceiling of Rs.36,000/-

p.m. as on 31” March, 2021 will be applicable irrespective of whether the emoluments are  drawn  in  the  pre- revised or revised structure of pay or on fixed/consolidated contract pay.

Pro-rate payment will be admissible in such cases to the eligible employees for periods of continuous service during the year ranging from six months to full year, the eligibility period being taken in terms of number of months of service (rounded off to the nearest number of months). A fraction of 15 days or more should be counted as one month.

Total amount of salary/wages earned during the year 2020-2021

The salary/wages in these cases should have the same meaning as ‘revised  emoluments’  as  defined in Para 2(i) above.

In case of failure, the disbursement should be made as early as possible before the Festival of Id-Ul- Fitre/Durga Puja.

Principal Secretary to the Government of West Bengal. 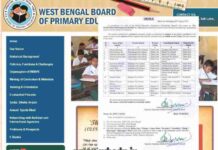 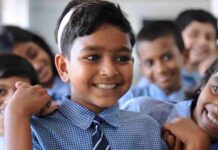 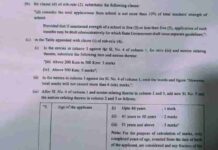